Get Rich or Die Tryn the movie is one of black cinemas most memorable films from 2005. It is a story about a drug dealer from the inner city who turns his back on a life of crime to hopefully begin a career in rap music.

The hip-hop crime drama stars well known New York rapper 50-Cent and is the rapper’s feature film acting debut. The film was released on November 9, 2005. What many people don’t know is that the film was initially known during its production as Locked and Loaded. 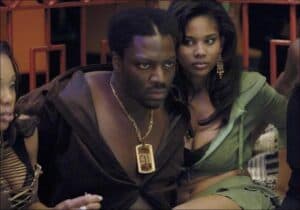 Although 50 Cent’s performance in the movie received a lot of praise, the movie itself received negative reviews. Before production, famous actor Samuel L. Jackson was asked to co-star in the film, but publicly turned down the offer citing that he did not want to lend credence to what he believed was an inexperienced and unproven actor. 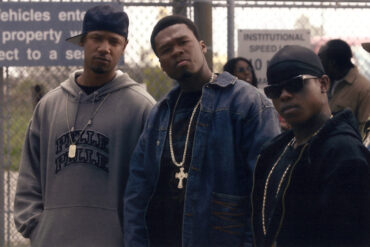 Get Rich or Die Tryin The Movie – Synopsis

The movie is about a young boy named Marcus who lives a modest and comfortable life and adores his mother who is actually a drug dealer. In the movie, the boy’s mother eventually leaves her son with his grandparents while she goes to conduct business. The young boy is then orphaned when his mother is murdered in a drug deal gone bad. He then goes to live with his grandparents and sees that they are unable to provide him the lifestyle that his mother did. The young boy, played by 50 Cent, eventually follows behind his mother’s ways as he grows older. Being able to provide for himself, he eventually decides to stop going to school and starts selling drugs with local thugs lead by Levar (Bill Duke). Majestic (Adewale Akinnuoye-Agbaje) is Levar’s right-hand man but has endeavors to become a boss himself. Marcus (50 Cent) later wants to stop selling drugs after he spends time in jail. He then has dreams of becoming a rap-star and calls himself Young Caesar. 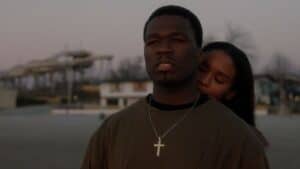 Afterwards, a past girlfriend (Joy Bryant) becomes a part of his life again. Bama (Terrence Howard) becomes a friend in jail and they both chase the dream of becoming stars in the rap industry together. Marcus almost gets killed by the thugs he used to deal drugs with in front of his home. Majestic decides that he doesn’t want to let Marcus stop selling drugs for him. The murder of his friend, and the life of his new baby, makes Marcus reconsider his life choices. Marcus later becomes more comfortable on stage as a rap artist and wears a bulletproof vest for protection. This decision pisses Majestic off. Majestic then reveals to Marcus that he was the one who brutally murdered his mother. With a fight that leaves Marcus standing and Majestic in a bad situation, Marcus decides to leave his old life behind.